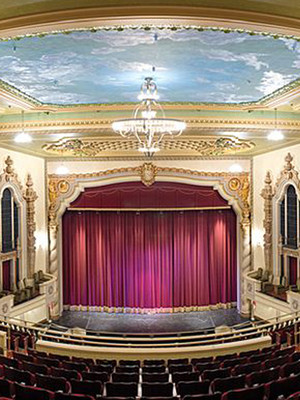 If you're happy to travel

You can catch Clint Black at Saenger Theatre in Pensacola, showing Feb 5, 2023

Clint Black is also touring to:

"A country singer who proudly wears pop rock influences on his sleeve, Clint Black continues to entertain millions of fans."

Alert me on return

Arguably the first big star to bring Country to a mainstream audience in the 1990s, Black is one of the first artists in a generation that took direct inspiration from Merle Haggard, Bob Wills, and George Jones taking rock-oriented pop and mixing it up in a Country setting Offering an easily marketable and squeaky clean image of country, he smoothed the way for artists after him to come along, particularly Garth Brooks.

His first single, "A Better Man," Black's first single was released in 1989, heading straight for the number one spot, making him the first new male country artist to hit the top with his debut single in 15 years. Despite his later career being overshadowed by Brooks and the like, Black has not stopped working; in 2004 he released his first album in over six years and over a decade later shows no sign of slowing down the touring.

You may be required to wear a mask during this performance. Please contact the venue directly for more information.

Sound good to you? Share this page on social media and let your friends know about Clint Black at Victory Theatre.